First mural unveiling of the season: A Women’s Parliament

First mural unveiling of the season: A Women’s Parliament 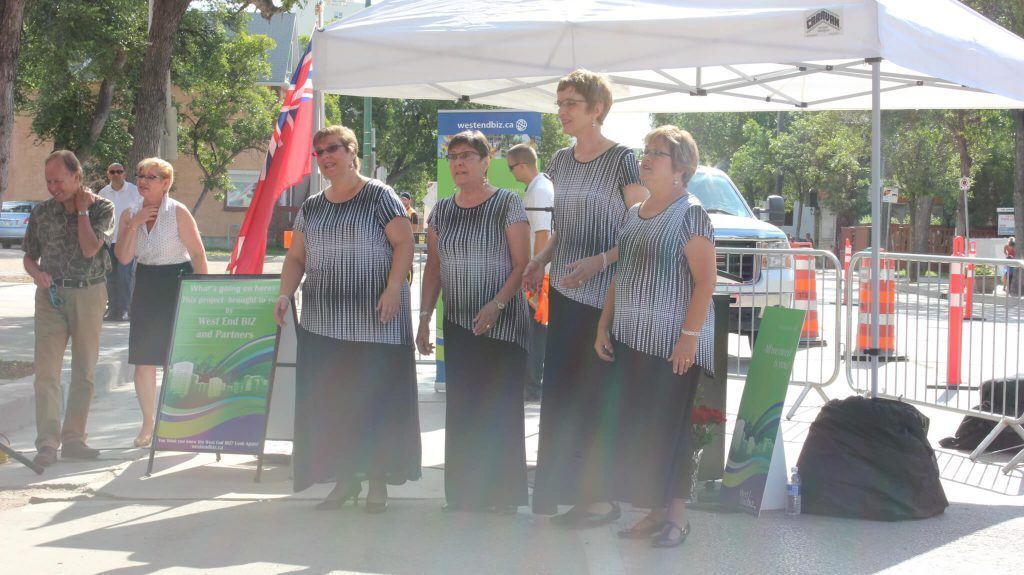 This week we had our first mural unveiling of the summer. The mural celebrates 100 years since the vote was first extended to some women in Manitoba in 1916. The mural portrays a scene from the play “The Women’s Parliament,” a performance put on by Manitoba Suffragists in 1914.

Drawing dignitaries from the Province and the City, the event was one of our most popular mural unveilings to date. Among the various representatives, we were honoured to have in attendance Her Honour, the Lieutenant Governor of Manitoba, Janice Filmon, The Minister for Sport, Culture & Heritage, Rochelle Squires and Mayor Brian Bowman.

The “Nellie mural,” as we have been calling it around the office for the last few months, features Nellie McClung in the centre playing the role of the Premier in the Women’s Parliament. Seated to the right are a number of women who played parliamentarians in the play. These women do not represent specific women, but instead represent the many, many women who worked for women’s suffrage in Canada. 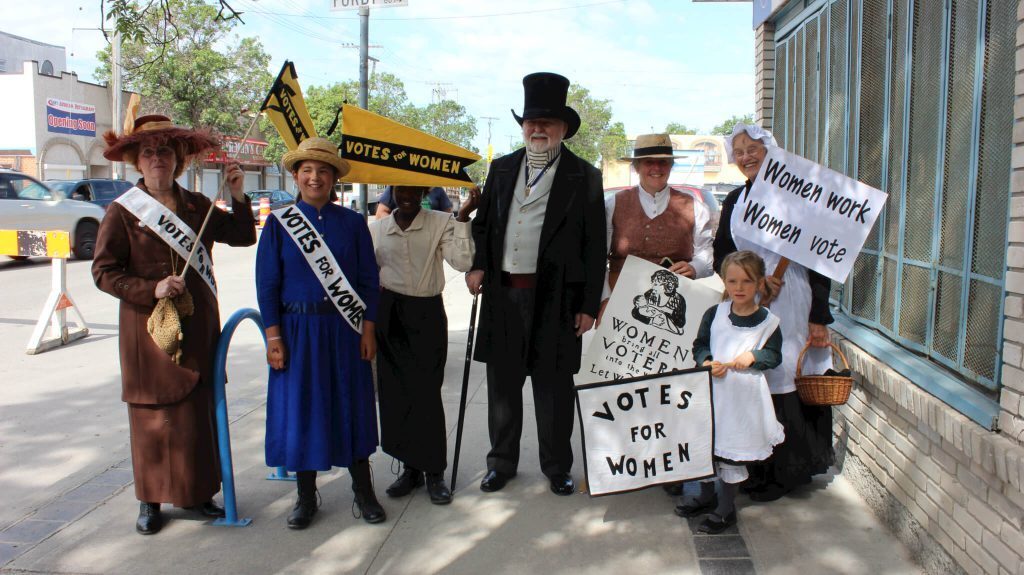 The event featured a number of speeches and a description of some of the elements of the mural by Lila Goodspeed , Chair of the Nellie McClung Foundation. Journey’s Quartet and the Manitoba Living History Society brought the early 20th century to life with period music and costume.

The unveiling was followed by a short reception at X-Cue’s Bar and Billiards. If you would like to learn more about this mural, take one of our award-winning mural tours – offered until the end of August.

The West End BIZ extends our sincere appreciate to our sponsors and partners on this project: 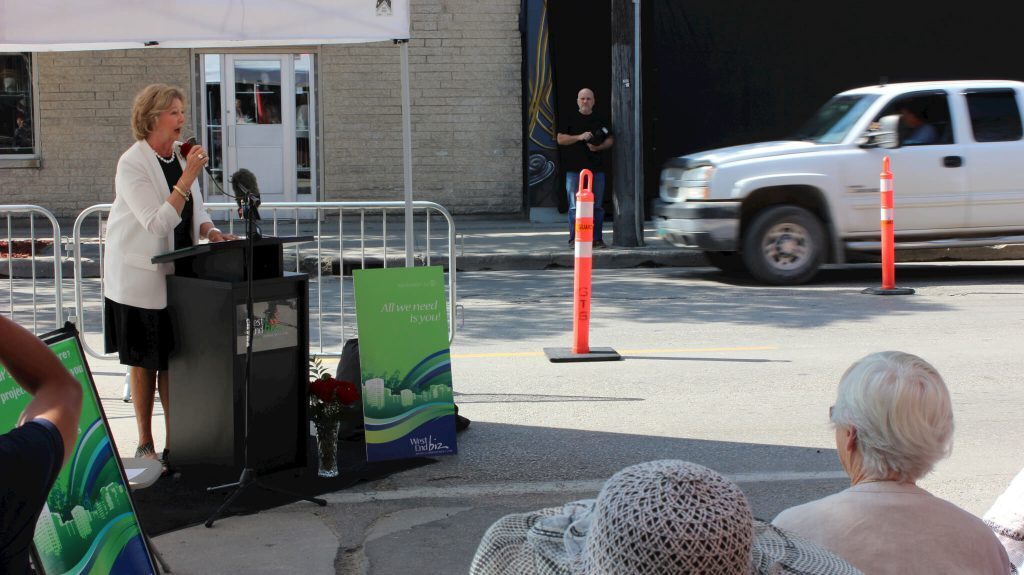 The ladies of the Red Hat Society came out for the event.