We all know the saying “it’s better to do one thing very well, than to do a hundred things poorly.” Well Eadha Bread, Ellice Avenue’s newest bakery, has taken that message to heart. Outside the cute daffodil coloured building are gigantic signs that read “SOURDOUGH BAKERY”… so it shouldn’t be surprising that sourdough is Eadha Bread’s ‘bread and butter.’ And boy do they do it well!

Inside the bakery, a gorgeous mural of white poplar trees painted by local artist Holly Enns graces the walls. Next to the poplar trees is a message that pays homage to the Anishaabe, Cree, Ojibway, Dakota, Dene and Metis nations. 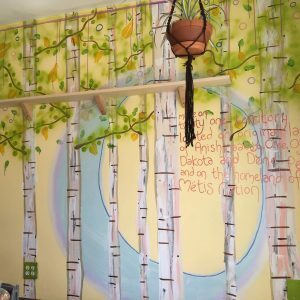 It shouldn’t be a huge surprise that there’s a mural of poplar trees at Eadha … that is if you’re familiar with Celtic tree wisdom! Eadha, the fourth vowel of the Ogham alphabet, also means ‘poplar tree’.  The poplar tree represents endurance and courage, both which Eadha Bread owner Cora Wiens embodies as a person and baker. As Cora describes it, endurance is essential to baking. To make a single loaf of her famous sourdough bread takes nearly three days. This three-day process is chemically intense — the yeast ferments, breaks down complex carbohydrates, and makes the bread easier for people to digest.

Cora also describes developing a business as something that takes a fair amount of endurance. Cora has been baking bread for over two decades. She first learned to make bread as a child in her hometown of St. Adolphe. After graduating, she was inspired to carry on her love of bread-making by travelling abroad to learn new techniques. Using her newfound knowledge, Cora worked for several Winnipeg bakeries including Tall Grass Prairie Bread Company and Pennyloaf Bakery, but she never gave up on the idea of owning her own bakery. 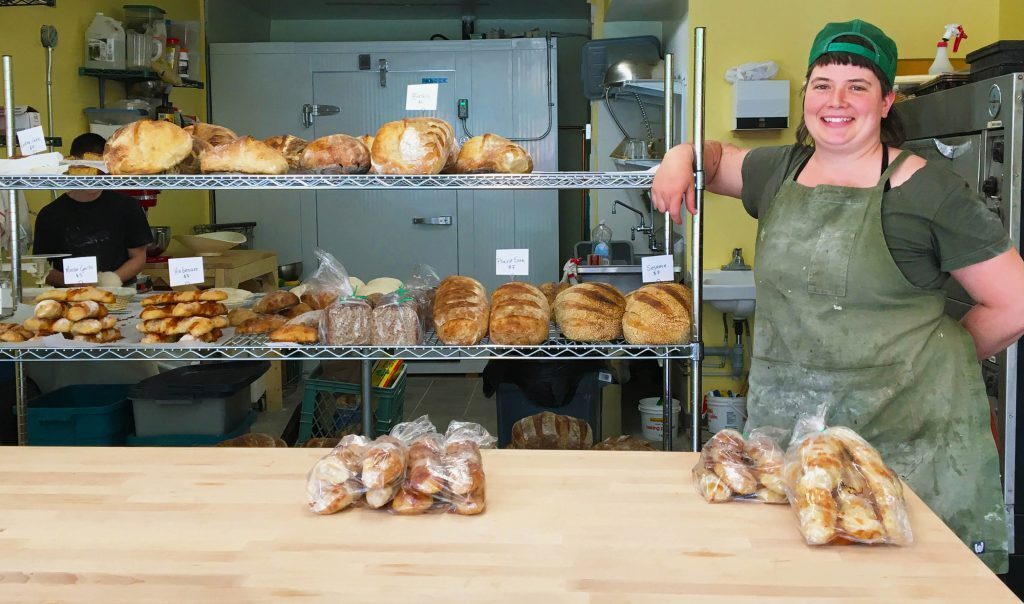 When the opportunity presented itself (in the form of a vendor vacancy at the Wolseley Market), Cora mustered up the courage to sell her homemade bread at the market to the West End community. Since then, her bread has been a huge hit and she’s had to expand her operations. After two years baking at Ellice Avenue’s Pizza Boyz, Cora had generated enough demand that she was able to open Eadha just a block away.

Courage is also something that comes quite naturally to Cora in advocating for her community. She identifies with the LGBTTQ*community and proudly hangs the Pride flag in her window. In the past, she has held Valentine’s Day bread-making classes for individuals who feel marginalized or don’t have plans.

In addition to these classes, Cora is socially responsible in other ways. She is on track to make her bakery sustainable by ensuring that no extra ingredients are thrown out. One creative way Cora has attempted to prevent waste is a ‘Bread Share’ program. The program involves selling advance bread orders so that Cora doesn’t purchase excess ingredients or make extra loaves that won’t be purchased. 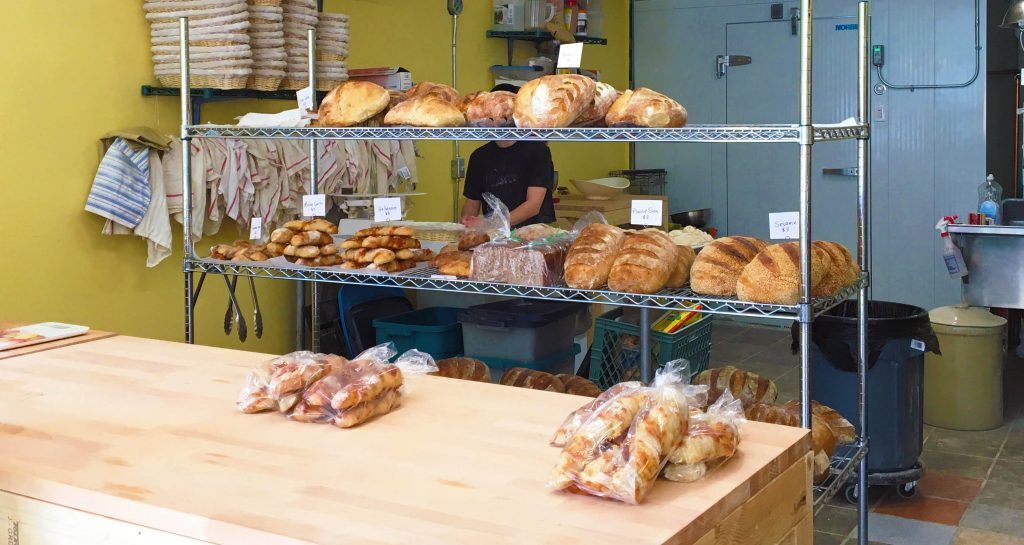 ‘Eadha’ is the ability to endure when the going gets tough and the ability to have the courage to stand up for what you believe in. That’s why it’s only fitting that a business built upon these two keystones is named for the beautiful poplar; a tree known to live through the worst of droughts, and expand confidently into new and uninhabited domains. It goes without saying that the bakery name for the poplar is going to be very popular amongst West End residents!

Joe Kornelsen
Latest in the West End,News
No tags.
Comments Off on The Popular Poplar Bakery
Share